The BEEP Fund, as it was originally known, was set up in April 1994 to develop the service provided by Penrith and District Accident Scheme at that time the Birbeck Medical Centre in Penrith.

BEEP stood for Birbeck Emergency Equipment for Patients, but as we now cover the whole of Cumbria this has been updated to BEEP (Basics) Cumbria (registered charity name BEEP Find Ltd.) 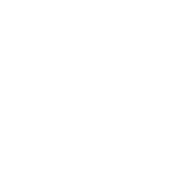 ‘We felt there was a need to take the scheme a step further. We bought more sophisticated equipment and a dedicated vehicle (the Immediate Response Vehicle) which was capable of carrying this equipment to wherever it was needed. This vehicle is kept in Penrith and attends road traffic accidents and many other medical emergencies in the area.’ 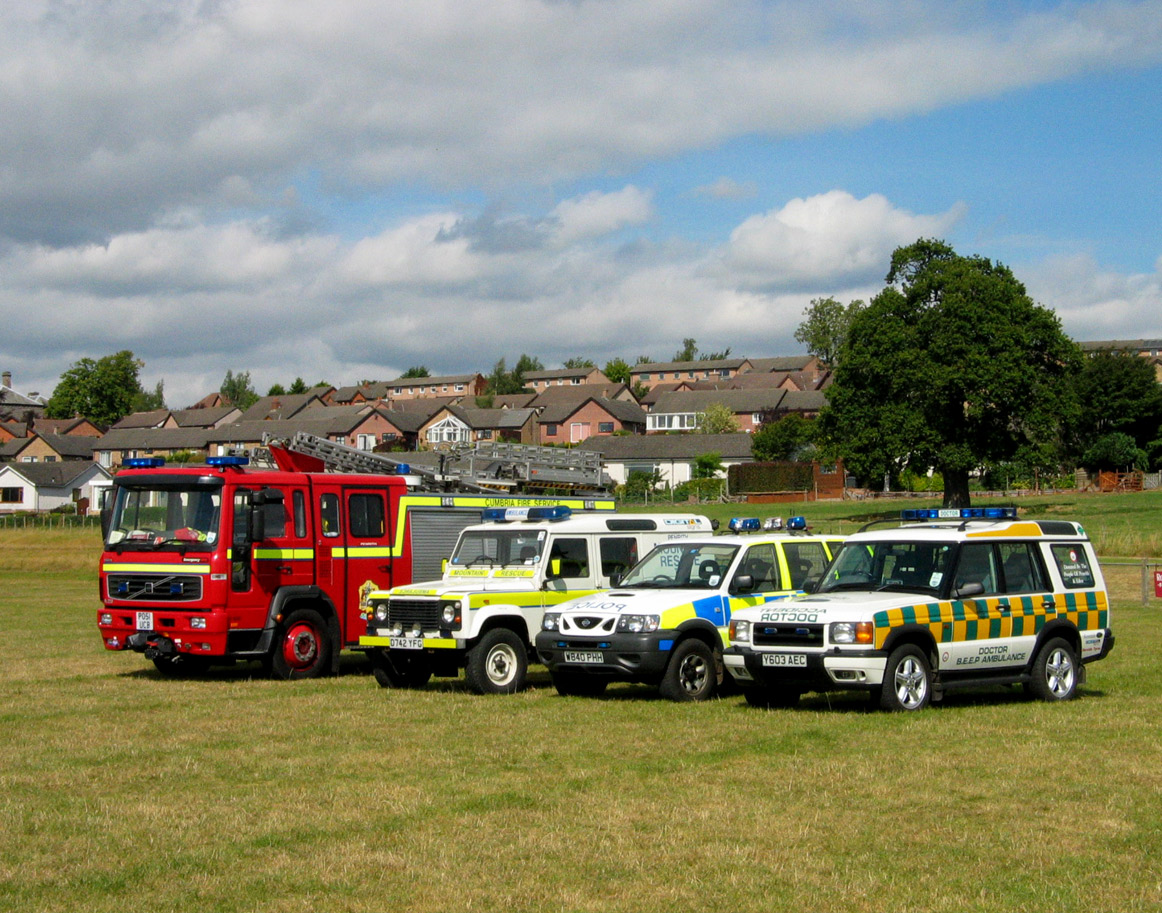 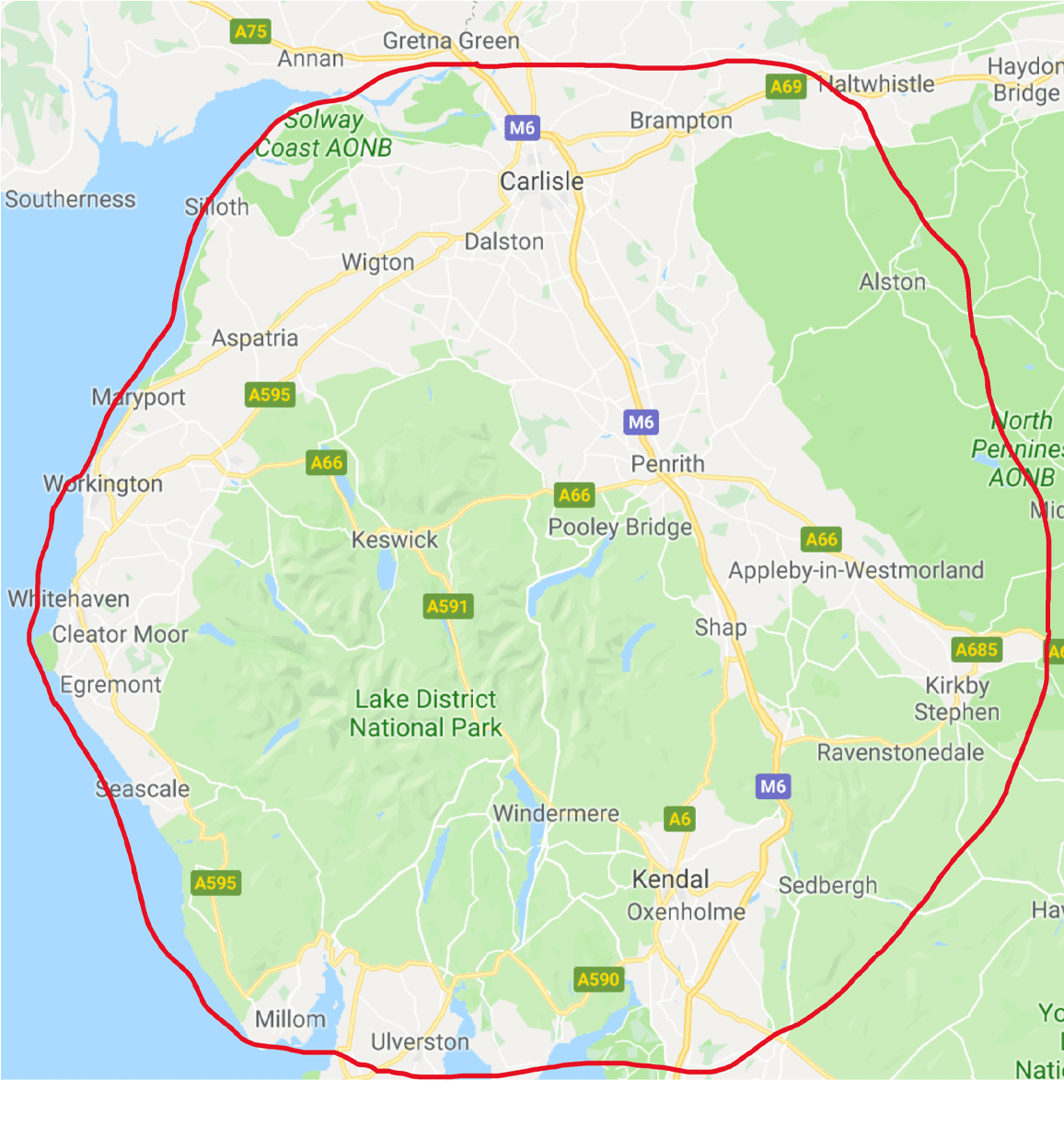 Since it began, BEEP has moved on from just three Doctors and a 15 mile operating radius around Penrith, to ten highly trained Doctors, whose own cars are equipped with “Blues and Twos” and emergency equipment.  Beep (Basics) Cumbria now covers all of Cumbria from Kendal up to the Scottish Borders.

BEEP (Basics) Cumbria was also a founding member of BASICs NW [British Association for Immediate Care NW]. This is a confederation of similar BASICs teams across the region, which has the aim of standardising procedures across the various teams. BASICs NW is also affiliated to the national BASICs organisation.

Meet our Doctors Meet our Trustees

Support our work
Get involved

Our medical team comprises of ten fantastic volunteer Doctors. BEEP Doctors have specialist training in enhanced pre-hospital emergency care and provide additional patient care that paramedics alone cannot provide. If you would like to join the BEEP team we would love to have you, contact us for more information. 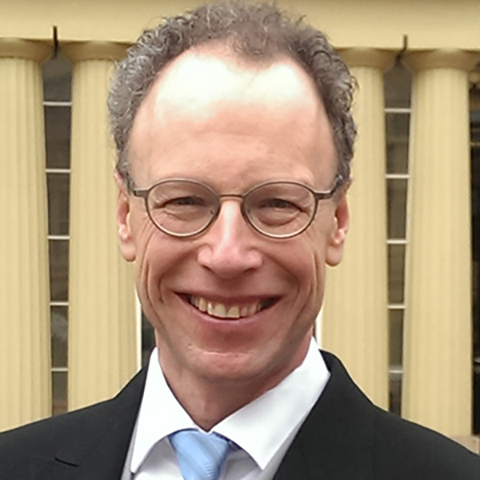 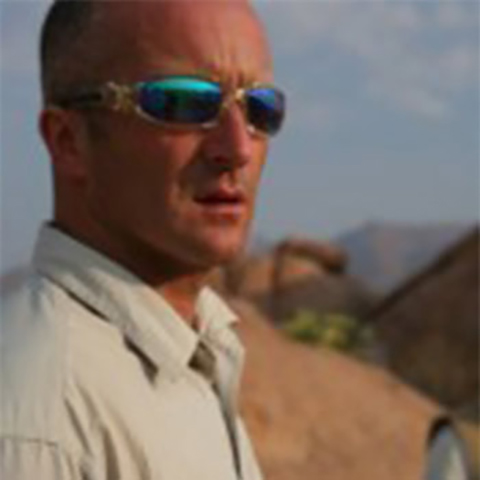 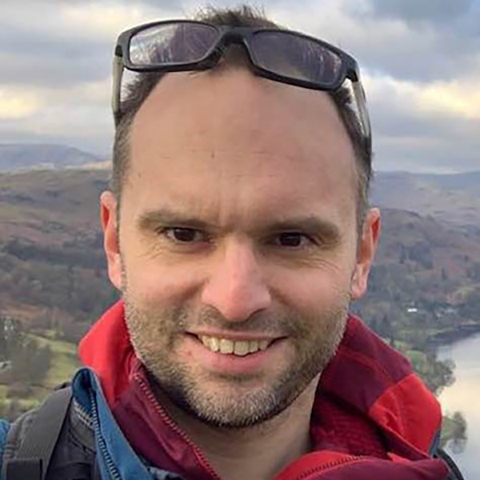 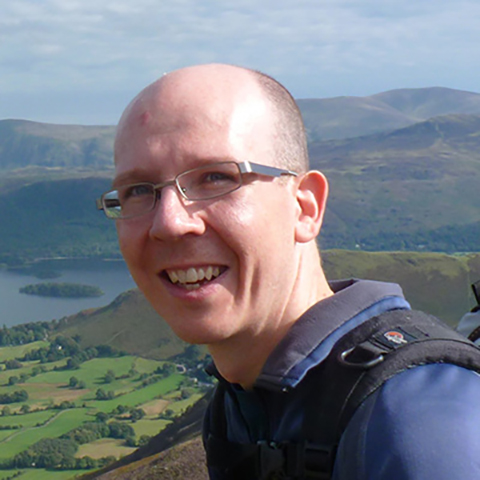 Theo has worked for BEEP (Basics) Cumbria since it was started in 1994. He studied at Charing Cross Hospital Medical School, London and qualified in 1982 and since specialising in General Practice.
The really enjoys the challenges pre-hospital medicine poses and most importantly the rewards reaped by seeing a poorly patient get better or at least better than they would have been if we’d not been there. He also really enjoys the Teamwork involved in working with other emergency services.

Theo is originally from Jamaica but has lived in England since he was 3yrs old and his family home has been in Cumbria since he was 5yrs old. After Theo finished his Medical School training he was keen to look for a job back in Cumbria & was very lucky to get the GP post in Penrith in 1992.

Sean has a portfolio career in medicine. He is a GP in the north of England with a special interest in prehospital care, he is a consultant for an international retrieval and reachback company, a medical consultant for the foreign office and he volunteers for HALO international as a medical advisor on demining operations. He is a medical director for Tellurus, a counter poaching training and delivery company which is his passion and he has provided medical cover in numerous countries and specialises in the Middle East despite his awful Arabic.

In a previous life he was an expedition medic and helped set up expedition medicine and helped develop many of their courses. He has a particular interest in the use and manipulation of health care in conflict and is studying for a PhD in the weaponisation of medicine

John is a Consultant in Emergency, Pre-hospital & Retrieval Medicine based in Cumbria. He lives in Keswick and has been involved in Pre-Hospital Medicine for the last 15 years. He is married to Claire – quite probably the most understanding wife in the world and has two fantastic children who are both already better climbers and skiers than he is!

Angus is the newest member of the Beep Doctor crew and just started with us in March 2019. Graduating as a doctor 10 years ago from Aberdeen, Angus specialises in Emergency Medicine and Pre-Hospital Emergency Medicine. Originally from Carlisle, Angus enjoys spending time outdoors either walking, running, climbing and cycling. 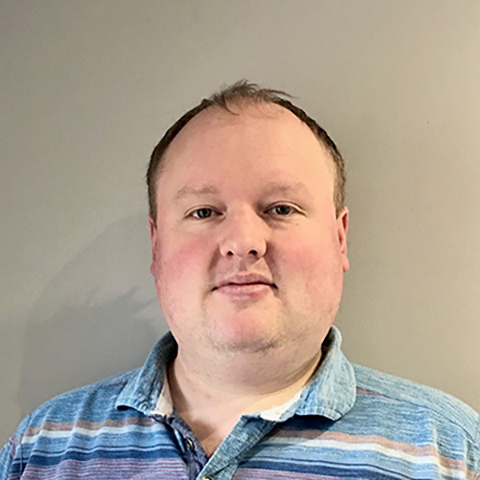 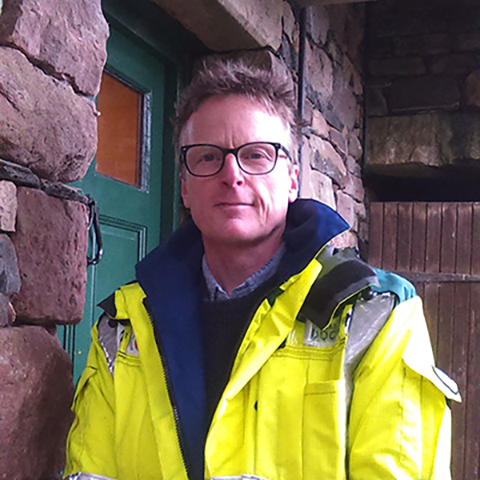 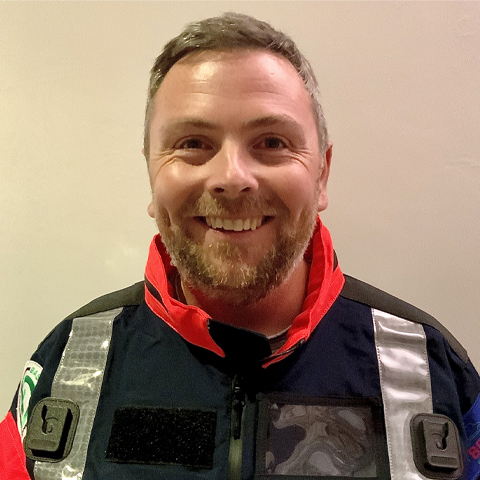 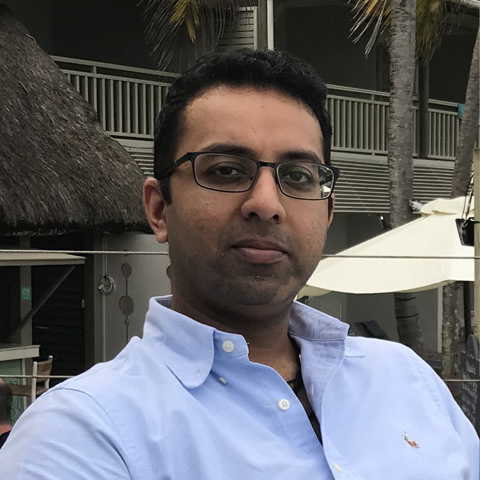 Gareth, who is a GP in Longtown, has worked with the Beep Doctors for the past four years. He qualified in 2005 after studying at the University of Sheffield. Originally from Nottingham, Gareth is also the CCIO (Chief Clinical Information Officer) and GP Lead for North Cumbria CCG. Gareth moved up to Cumbria for his first medical job and hasn’t managed to escape since. He also met his wife whilst living in the area. Gareth enjoys life as a Beep Doctor assisting patients in a different manner to in his day-to-day work.

Phil has been a GP and pre-hospital care provider in North Cumbria for over 20 years.
Although he is now retired from general practice he continues to work as a BEEP doctor while also maintaining his role as a clinical teaching fellow in medical law and ethics at Lancaster Medical School.

Doug is an Anaesthetic and Intensive Care Doctor based in South Cumbria and North Lancashire. Prior to qualifying as a doctor, he was a Paramedic in the North West for 10 years. He was an active member of local mountain rescue teams for over 10 years. Having been lucky enough to undertake climbing expeditions around the world Cumbria is a natural place to make home.

Now working for BEEP Doctors allows him to continue to practice pre-hospital emergency medicine. Doug also holds roles on the committee for BASICS North West overseeing clinical governance and training for BASICS Doctors in the region.

Originally from Leicestershire, Amit qualified as a doctor from St George’s, University of London and initially pursued a surgical career in the East Midlands.

Keen to have a bigger part in the long term care of patients and their communities, he moved to Cumbria to complete his training in general practice, qualifying as a GP in Carlisle.

There he discovered the work done by BEEP, it’s charitable aims, dedication of its volunteers and being able to offer advanced care to patients in their hour of need as part of a wider team effort.

Under the mentorship of senior colleagues, he continues to contribute to emergency call-outs in his own time, alongside his general practice work whilst squeezing in the odd fell walk. 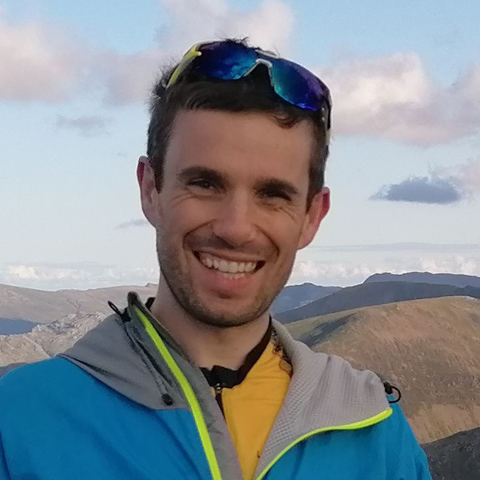 Chris works in Emergency Medicine with a subspecialist interest in Pre Hospital and Mountain Medicine. He lives in Kendal but has also spend significant amounts of time traveling and working out to sea on the UKs largest Cruise Ships. Chris has shaped a very unique career providing remote medical support across the world.

In his spare time can be found cycling, up in the fells, swimming in the lakes or sailing across the oceans. He looks forward to developing the service BEEP provide in the South Lakes

Along with our Doctors, the BEEP Doctors could not function without the great work of our Comittee members. Some of our fantastic doctors also serve as trustees. We are always on the look-out for more volunteers, so if you would like to get involved let us know!